The future of Missouri Private Investigator Licensing, commitment or complacency? 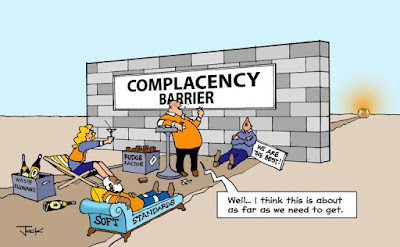 The commitment of Missouri and its agencies towards reassuring the safety of its citizenry through a properly regulated private investigative industry is lackluster at best. Current law allows for appointment of consultants who actually perform investigative duties without a license. How does one know if consultants have established businesses in Missouri? The consequence of this apparent loophole or exemption allow for imposters to pose as legitimately licensed private investigators – posing a risk to the paying public.

This apparent complacency is multifaceted and shouldn’t be overlooked. On one hand, the Legislature voted for what is now an apparent loophole – don’t blame it as they may not have seen it coming. On the other hand, the state sanctioned PI Board is responsible for the proper governance and regulation of the PI industry.  Lastly, where’s the enforcement?

I don’t see much coming from the PI Board. It consists of three or four members from the industry, a citizen and a legal counsel. The Legislature faces an election every few years, and the PI Board members should be up for replacement on a routine basis. Strangely, individual terms expired as far back as 2011, yet are still in office - not counting the citizen member and legal counsel with terms potentially ad infinitum! Job security? What a deal! Oh yes, a fire investigator is designated as a member, but remains unidentified. Hopefully the PI Board meets with politicians, legislators, and other private investigators seeking ways to enhance the industry, ensuring only licensed private investigators are engaged in the business. One has to wonder how much is accomplished beyond the occasional ceremonial wave to other private investigators.

From what we were told by the PI Board itself, it cannot propose legislation. Frankly, that is a rather ridiculous response. Of course it cannot propose legislation – that IS the job of the LEGISLATURE. There is nothing to prevent any interest group (read PI Board) from meeting with legislators and RECOMMEND to those who can – namely those who can propose the Legislation for consideration by the Legislature. This brings to mind the role of the legal counsel – does it advise, counsel, or what? What role does it play in helping the PI Board? Who benefits? The People, the PI Board, or the “System”? I don’t know!

Respectfully, the people of the State of Missouri can benefit from a strengthening of the PI laws so retirees from federal and state law enforcement, despite their professionalism, don’t wave their retired status as a basis for employment, jurisdiction or authority. Once a federal agent, police officer or agent retires, they’re just like the rest of us! No kidding. If they want to be private investigators, they have to follow the rules. To do otherwise, is potentially being on the receiving end of allegations of being an imposter. It is time for a change, and Missouri is on the right path. Is its agencies and PI Board in lock step too? It comes down to commitment or complacency!

As for enforcement, a proper investigative wing should be developed and investigate allegations of misconduct, unlawful and unlicensed investigative activity. A lot has to be done before then! So, are we complacent or committed?
at August 19, 2019